Now Trending:
Home
Sports
Athletics
With logjam at catcher, A’s will be forced to make a move

With logjam at catcher, A’s will be forced to make a move 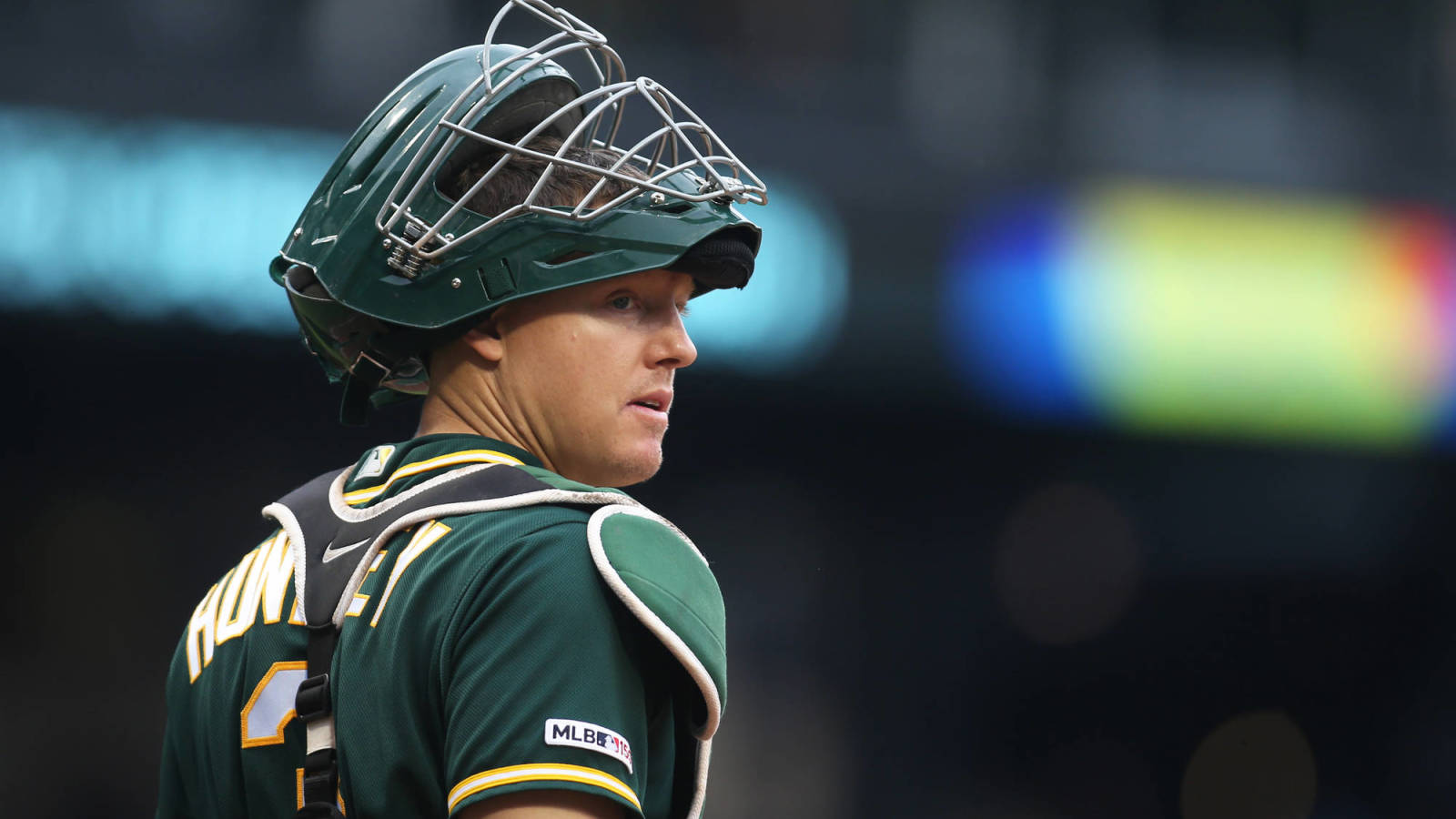 Injured Oakland catcher Nick Hundley is within 10 days of a rehab assignment as he recovers from back and knee issues, according to Susan Slusser of the San Francisco Chronicle.

Once Hundley returns in August, the A’s could jettison him — or one of the other three catchers on their 40-man roster — Slusser says. When Hundley is healthy enough to return, the Athletics “seem likely” to designate him, Chris Herrmann, Josh Phegley or Beau Taylor for assignment, Slusser reports. With the exception of Taylor, all of those catchers are out of minor-league options.

The A’s goal entering this season was to roll with Hundley and Herrmann — both free-agent signings — as their two catchers, but that plan changed when Hermann had right knee surgery March 6. Herrmann sat out the first couple months of the season, only just coming off the IL on Tuesday. The 31-year-old Hermann emphatically introduced himself to Oakland that night, smashing a grand slam in a win over Minnesota (one of his former teams), and added a 4-for-4 performance in another victory against the Twins on Thursday.

While the lefty-swinging Herrmann is off to a strong start in Oakland, he didn’t bring much of a big-league track record to his new team. Also a former Diamondback and Mariner, Herrmann has hit just .206/.283/.354 (69 wRC+) in 903 major-league plate appearances. He also hasn’t been a tower of strength behind the plate.

Hundley is a more established commodity. The well-traveled 35-year-old veteran has typically provided solid offense. That hasn’t been the case in 2019. Before Hundley headed to the IL with back spasms on June 8 and then underwent arthroscopic left knee surgery on June 18, he batted just .200/.233/.357 (54 wRC+) with 18 strikeouts against two walks in 73 plate appearances. At the same time, Hundley threw out only five of 23 would-be base stealers and earned poor pitch-framing marks.

Herrmann’s absence helped reopen the door for Phegley, an Athletic since 2015 who entered this season off three straight low-impact years in the majors. Phegley is now enjoying what could go down as a career offensive season, with a .259/.303/.463 line (102 wRC+) and nine home runs in 219 at-bats. The righty-hitting Phegley has been particularly tough on lefties, hitting for a .939 OPS, though his overall offensive production has nosedived since the start of June.

Like Hundley, Phegley has not garnered rave reviews as a framer this year. Worsening matters, the 31-year-old rates as Baseball Prospectus’ second-worst blocker.

Taylor, 29, hasn’t gotten much of a chance in the majors since the A’s chose him in the fifth round of the 2011 draft. Dating back to his brief MLB debut last year, Taylor has collected 30 big-league plate appearances. He is now at Triple-A Las Vegas, where he has slashed an excellent .306/.463/.524 (149 wRC+) across 160 at-bats this season. Despite that production, the A’s may not regard Taylor as a major league-caliber option, in which case his time on their 40-man could soon end.