The rising Athletics and the starting pitching market 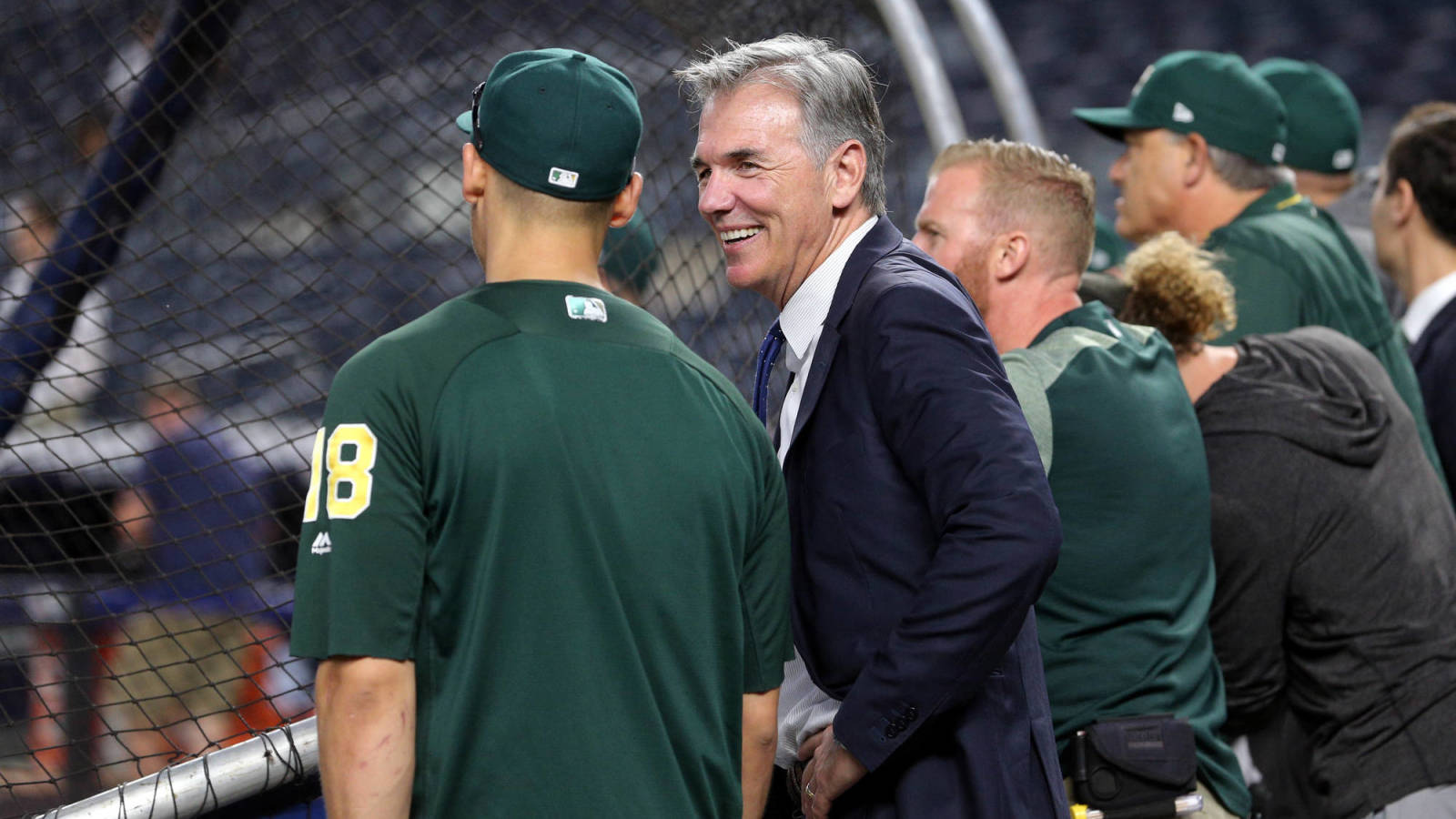 One month ago Tuesday, the Athletics sat a dozen games off the pace in the AL West with a dead-even 36-36 record. The Oakland org was still a Wild Card contender but seemed all but buried in the division. That was a mild disappointment for a 2018 playoff team but hardly all that surprising given that the A’s were chasing a powerhouse Astros club.

To say that the fortunes have swung in the interim would be to put it lightly. The streaking A’s have dropped just five of their past 22 games. After blitzing past the Rangers in the standings, they’re laying siege to Houston. With the Astros encountering some choppy waters, particularly in the rotation, the lead has dwindled to a decidedly less-than-insurmountable 5.5 games.

Let’s be honest here: the Houston club still seems the prohibitive favorite. With rather deep pockets, some immense talent just reaching or knocking on the door of the majors, and one of the game’s best core groups at the MLB level, the ’Stros are a legitimate powerhouse. And the padding certainly still factors in; even if all else was equal, the existing 5.5-game lead represents a big head start.

Still, the increasing threat from the A’s creates an interesting dynamic in the division that will have a spillover effect onto the rest of the trade market. These clubs clash directly 11 more times this season, affording the ever-scrappy Oakland org plenty of opportunities to make up ground directly — or for their rivals to kick them back down the ladder. There’s enough of a threat here that the Astros can’t just presume they’ll cruise to a division win. At the very least, they’ll need to account for the rest of the regular season in making deadline acquisitions, rather than simply considering how to structure their roster for an easily assumed postseason run. (That’s a luxury that few teams can afford — only the Dodgers, this year — but it once seemed within reach for Houston.)

What’s most interesting, perhaps, is the fact that these two AL West rivals are set to compete (at least indirectly) in the trade market. The chief need in both cases is pitching, particularly starting pitching, which is also largely true of the other major American League competitors. Teams with controllable rotation pieces — many of whom feature on our recent ranking of the top sixty trade deadline candidates — are no doubt taking uniform measurements for the top prospects currently populating these contenders’ farm systems.

We’ll pause here to acknowledge the aforementioned, division-rival Rangers. While our focus in this post is on the two current division leaders, the Texas club still has an interesting role to play. If they fade a bit further back, the Rangers could have some of the most intriguing starters on offer, with veterans Mike Minor and Lance Lynn both throwing quite well on affordable contracts. If they move back into the picture, at least for the Wild Card, they’d surely be looking to add to their staff. It’s also possible they’ll simply hold. The Athletics’ run will likely weigh to some extent on the Rangers’ decision-making; with three game now separating the teams, it makes a surprising Texas postseason appearance feel all the less likely.

To be fair, the A’s and ’Stros haven’t exactly received problematic rotation work to this point. They’ve each had top-10 overall units by measure of ERA. Unfortunately, that doesn’t tell the whole story of where these clubs stand in terms of starting pitching.

As GM Jeff Luhnow’s latest
comments reflect, the Astros have an immediate need for a rotation plug, a broader need for a high-level starter or two down the stretch, and a long-term need to account for multiple rotation spots. Brad Peacock’s setback, coupled with some struggles and health issues from young MLB pitchers and top prospects, have left the team with quite a few questions behind aces Gerrit Cole and Justin Verlander and steady veteran Wade Miley. While the club has a few notable position players working back from injury, it’s far from clear that it’ll find solutions to its rotation needs from within.

Over in Oakland, rather improbably, the A’s have received sub-4.00 output from each of Mike Fiers, Brett Anderson, and Chris Bassitt over 15+ start samples. Each of those pitchers has vastly outperformed his peripherals; they hover in the 5.00 range by measure of ERA estimators such as xFIP and SIERA. All of those things are true also of Daniel Mengden, albeit over just 33 1/3 frames and six starts. While the Oakland staff has collectively limited the long balls plaguing most of the rest of the league, it’s reasonable to anticipate regression — perhaps in no small amount.

The A’s just added Homer Bailey, who’ll help shore up the depth. But he’s no replacement for Frankie Montas, the breakout righty who’ll be able to return later this year from a PED suspension but won’t be eligible for the postseason. While the Oakland org has long hoped for late-season reinforcements from the injured list, it remains to be seen what they’ll get. Jesus Luzardo is back on the shelf and seems increasingly unlikely to make his MLB debut this season. A.J. Puk is still building up length and working out the kinks. And Sean Manaea just began his own rehab assignment. Whether and when those talented southpaws will arrive, and what they’ll be capable of contributing, won’t really be known before the trade deadline.

This all sets the stage for something of a showdown between the teams’ respective top baseball ops decision-makers: Jeff Luhnow of the Astros and Billy Beane of the Athletics. Both have swung notable deadline deals for starters in the recent past. The Houston club’s dramatic acquisition of Verlander will have a prominent place on Luhnow’s GM gravestone. But that was nothing compared to Beane’s all-out 2014 effort, in which he pulled off a Fourth of July double-dip and followed that up with a stunningly clever (some would say too clever) strike for Jon Lester.

Luhnow and Beane have each been here before. They have some excellent trade chips to work with, several of which could instead be utilized as immediate (and long-term) pieces at the MLB level. Will the Astros seriously consider moving Kyle Tucker? What of top pitching prospect Forrest Whitley, a potential top-shelf ace who has run into trouble this season. Could they consider parting with the flame-throwing Josh James, currently working as a reliever, or can Luhnow convince a rival to accept a package of second-tier prospect talent to make the necessary rotation upgrades? On the A’s side, there are endless possibilities as well. Much of the team’s best upper-level talent is presently unavailable due to injuries or suspensions, but that doesn’t mean those players wouldn’t have value to other organizations. Though the A’s probably won’t want to go too wild in pursuit of rental talent, since the division remains a tall order, perhaps they’ll also see the deadline as an opportunity to add pieces for the future.

It’s equally possible to imagine either organization taking a fairly measured approach to this deadline. Luhnow has in the past been quite judicious in parting with top prospects that he sees as part of the long-term vision. And the A’s might not be willing to sell low on their own most interesting trade pieces, preferring to keep gathering affordable and decent depth pitching while waiting and hoping for a future with a rotation full of cost-controlled aces. But the potential for fireworks is certainly there, and the A’s mid-summer charge could just light the fuse.