Latest on the A’s injured pitchers 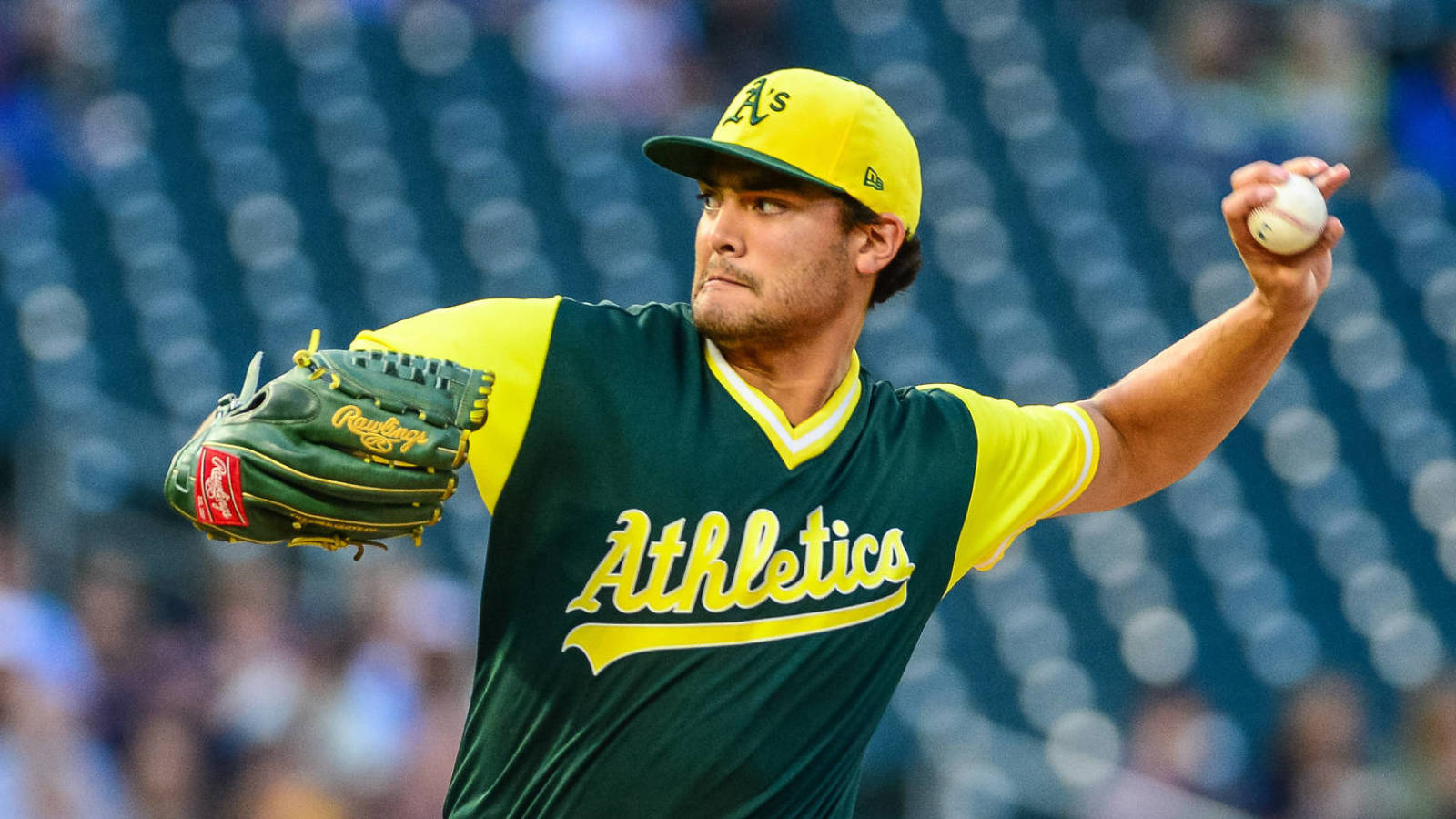 The A’s are on a six-game winning streak and have won nine of their last 10 games, pulling into a tie with the Red Sox for the second AL wild-card spot. While things are looking up in Oakland right now, the A’s could also get some reinforcements on the way as some of their many injured pitchers begin to return to the fold.

Susan Slusser of the San Francisco Chronicle has updates on several of the notable names on Oakland’s IL, including the status of star left-hander Sean Manaea. After undergoing shoulder surgery last September, Manaea has looked to be well ahead of his projected recovery timeline, and could be back with the A’s as early as July. In the latest step in his rehab, he told Slusser that he’ll throw two bullpen sessions this week, and will begin to throw his slider during these bullpens. Provided all goes well, Manaea will move on to facing live batters the following week.

Both Jharel Cotton and A.J. Puk are on the mend after undergoing Tommy John surgeries in 2018, with Cotton currently on a rehab assignment and roughly targeted for a mid-June return to the majors, while Puk recently threw a simulated game and is looking like a potential returnee in July. Since both pitchers will be on innings limits, however, manager Bob Melvin told Slusser and other reporters that the Athletics haven’t ruled out using Cotton and Puk as relievers when they return.

Despite all of the injuries and second-string nature of its rotation, Oakland has received surprisingly solid contributions from its starting pitchers, both in the A’s run to the wild-card game last season and thus far in 2019. Frankie Montas, Mike Fiers, and Brett Anderson have made the most starts for the A’s this year, with Chris Bassitt and Daniel Mengden looking okay in limited action, while Marco Estrada and Aaron Brooks have struggled. (Estrada is currently on the IL with a lower back strain, and said he hopes to begin playing catch next week.)

As much as this group looks in need of an upgrade that Cotton or Puk could provide, there isn’t any guarantee that either youngster would be able to pitch well as a starter in the wake of their respective long recoveries; it isn’t uncommon, of course, for pitchers of any age to be ineffective in their first few months back from Tommy John surgery. Looking long-term, the A’s also obviously don’t want to overexert Cotton or Puk for risk of more injury, so strategic usage out of a bullpen would be a better way to both manage workload and potentially also keep both pitchers in the mix for high-leverage situations.

This assumes, however, that Cotton or Puk will be factors at the major-league level at all, since Melvin noted “We’re not just going to bring guys here just because they’re healthy. They have to perform. We have to think there’s a role for them.” Cotton has a 4.95 ERA over only 158 1/3 career MLB innings, although all of that action came as a starting pitcher. Puk has yet to pitch beyond even the Double-A level, so despite his lofty top-100 prospect status, he’ll need to make a big impact to work his way into Oakland’s late-season plans.