JuJu Smith-Schuster opens up about Antonio Brown: No hard feelings 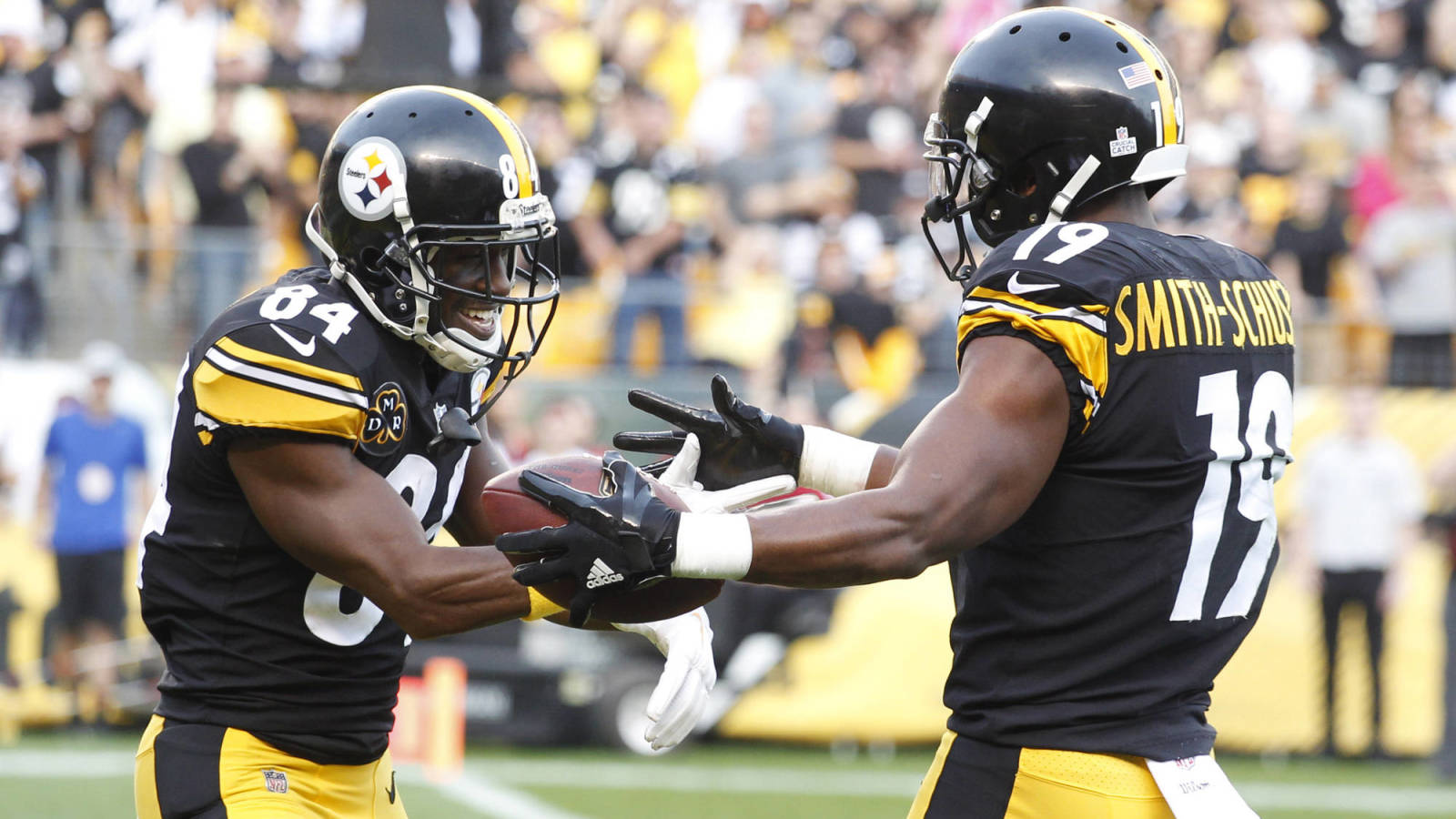 Antonio Brown hasn’t done much to foster good relations between himself and former Pittsburgh Steelers teammate JuJu Smith-Schuster. In fact, Smith-Schuster has good reason to be upset after the way Brown threw him under the bus this past offseason.

That’s not what he’s expressing publicly, though. Opening up about the fractured relationship Wednesday morning, Smith-Schuster showed incredible maturity.

“I looked at him as a role model and that situation, I didn’t want it to end like that,” Smith-Schuster said, per Steelers Depot. “I have no hard feelings against him. Obviously if we’re ever in the same room, I’m going to say what’s up to him.”

Smith-Schuster then praised Brown, calling him a “great player” while highlighting his work ethic.

“I think hatred is a huge word to use against somebody. But at the end of the day, he is a great player. He comes out every day. His work ethic, he works hard and other than that, nah, I don’t have anything towards him, or anything like that.”

Smith-Schuster is taking the high road here, to be sure. Hopefully, this will squash the social media beef that has been going on between the former teammates.