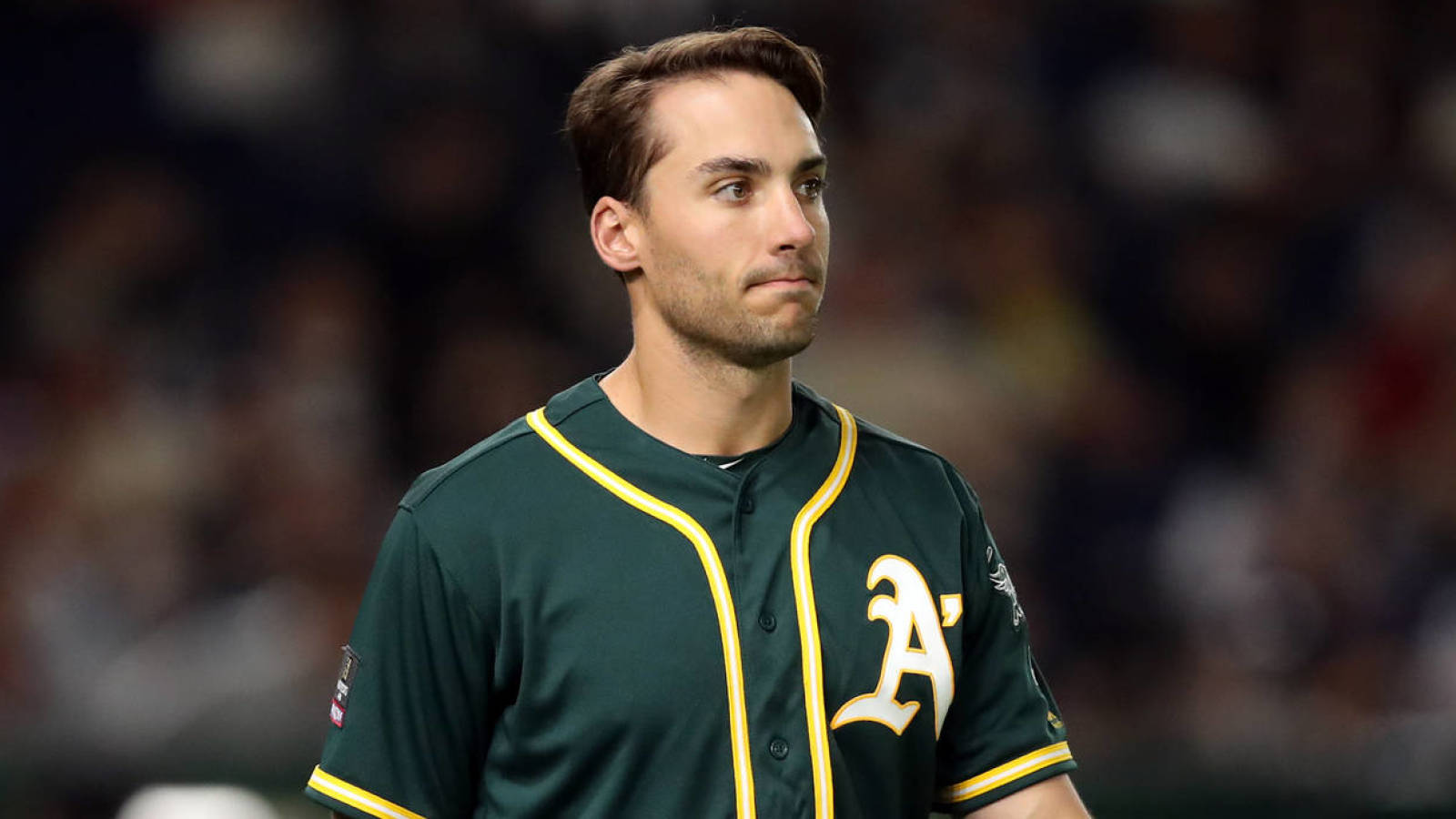 The Athletics will welcome back first baseman Matt Olson tomorrow, according to a report from Susan Slusser of the San Francisco Chronicle. His activation will likely lead the team to designate Kendrys Morales for assignment, she reports, though that isn’t yet written in stone.

Olson has been working back from a hamate fracture that has sidelined him for most of the season to date. The 25-year-old will look to pick back up where he left off last season, when he launched 28 home runs, slashed .247/.335/.453, and secured a Gold Glove Award.

The A’s could certainly use a boost. Entering play today, the club was stuck in the AL West cellar with a six-game gap separating them from first place.

Oakland had acquired Morales in the wake of Olson’s injury in hopes of avoiding this sort of early hole. A veteran switch-hitter who has mostly featured as a designated hitter in recent years, Morales has been utilized at first base since the A’s already have a full-time DH in Khris Davis.

Unfortunately, that move hasn’t worked out as hoped. Morales carries only a .209/.318/.275 slash with a single home run through 107 plate appearances. That showing is likely to spell the end of his tenure with the A’s, though Slusser adds that it’s possible he could stay on the roster for a few more days if the club elects to option down outfielder Skye Bolt.

It was always going to be tough to carry Morales on a roster with Olson and Davis. Given his lack of production, it’s no surprise to hear that such a move is imminent. It’s still a bit of a tough pill for the Oakland organization to swallow, though, having given up some trade resources and taken on salary to add Morales.