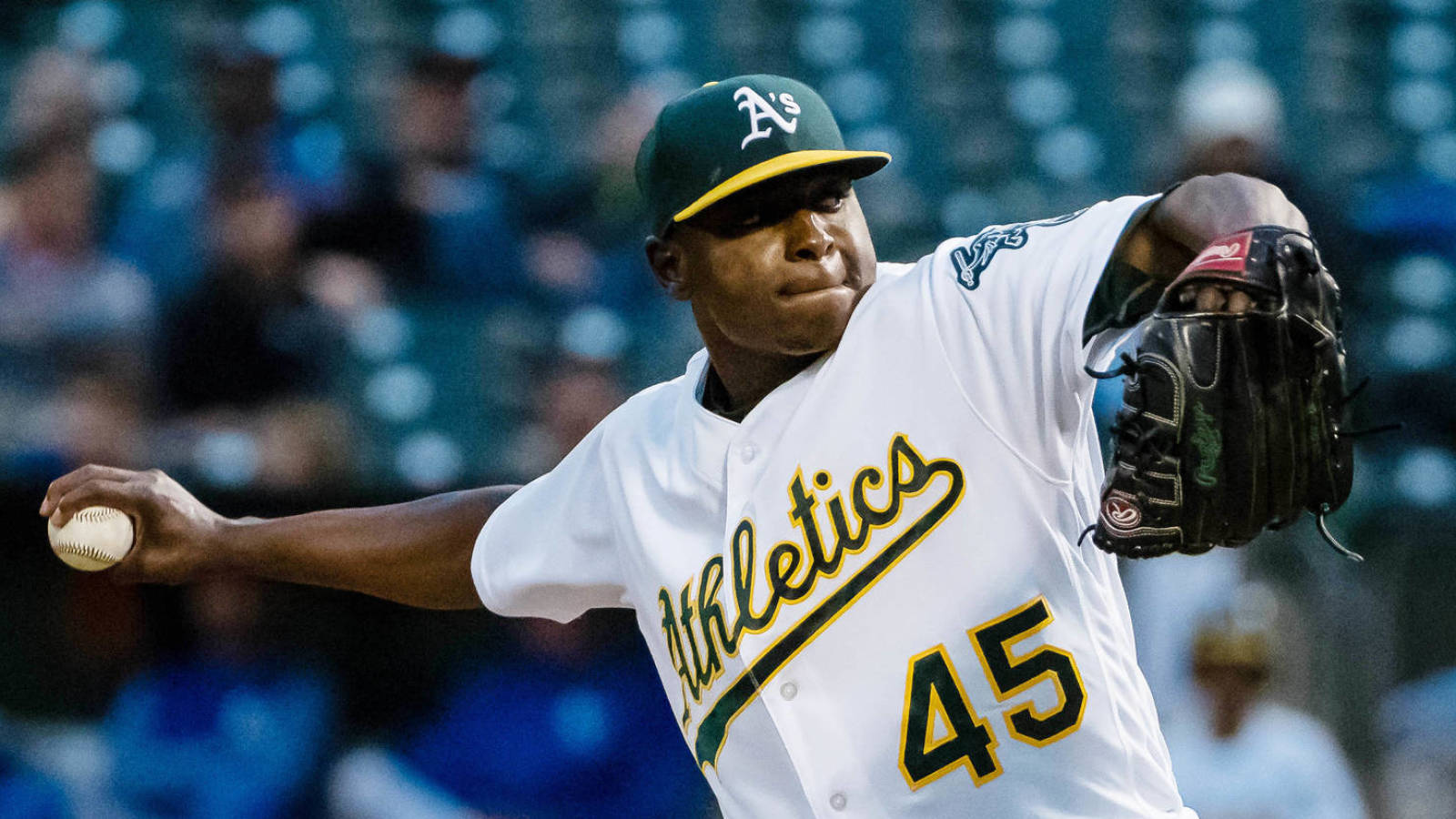 Athletics right-hander Jharel Cotton has been working back from Tommy John surgery since March 2018, and recent reports indicated he was progressing toward a return.

Unfortunately, Cotton’s now dealing with a new injury – a right hamstring strain – which has forced the Athletics to halt his rehab assignment, Rusty Simmons of the San Francisco Chronicle reports. The A’s will shut down Cotton “for the time being,” manager Bob Melvin said.

When he has been healthy enough to take the mound, Cotton, 27, has functioned as a full-time starter. He debuted with the Athletics back in 2016, the summer they acquired him and two fellow righties (Frankie Montas and Grant Holmes) from the Dodgers for lefty Rich Hill and outfielder Josh Reddick. Cotton then proceeded to make 29 starts with Oakland through the 2017 season. However, after an impressive five-start run in ’16, Cotton fell flat across 24 outings two years ago. In all, Cotton owns a 4.95 ERA/5.32 FIP with 7.28 K/9, 3.24 BB/9 and a 37.1 percent ground-ball rate in 158 1/3 innings.

Considering Cotton is coming off a severe injury and hasn’t thrived as a starter, the A’s are likely to bring him back as a reliever when he’s good to return. Now, however, it doesn’t appear Cotton will be back in the majors in the very near future.